SpeechRight is now successfully running teletherapy sessions which do not involve face to face contact. Please get in touch for more information.

Give us a Call

Send us a Message

Give us a Call

Send us a Message

Read all the latest news about Speech Right and Speech Therapy

Speech RightNewsNewsWho Have We Been Supporting This Week? 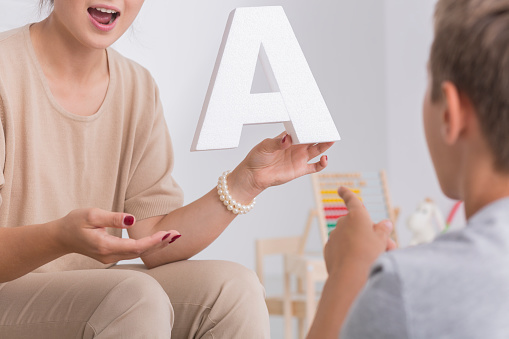 Who Have We Been Supporting This Week?

Each week we will put a spotlight on one of the people the SpeechRight Speech and Language Therapists have been working with. This will give an insight into the types of difficulties we support and what goes on in a therapy session.

Difficulties: Speech Sounds. Tom has lots to say but his speech is unclear so listeners cannot understand his spoken sentences.

He deleted the first sound ‘b’ from the word and changed the ‘k’ to a ‘t’ sound.

This first session was all about getting to know Tom and checking that he had stored the correct information about sounds and words in his head.

We built a paper ‘spider’ together and at the end of each of the spider’s legs I found something out about Tom (who his best friend was, where he liked to go and what his favourite food was). This gave lots of opportunity to hear Tom’s speech sounds in his talking. It also gave Tom chance to make a spider with 8 eyes!!

Next we checked out if Tom could hear the difference between some of the sounds he was confusing. We had ‘t’ skittles and ‘k’ skittles. I would say a ‘t’ or ‘k’ sound and Tom had to roll the ball to the correct set of skittles. Tom needs to realise that the ‘t’ and ‘k’ sounds are separate sounds and have stored this correctly in the language system in his head. If he does not realise that they are separate sounds, then it is no wonder he will confuse ‘t’ and ‘k’ in his talking.

After skittles, Tom became the ‘teacher.’  We looked at a picture book together and I picked out different words for my friend ‘Sam the Puppet’ to say. Sometimes, Sam would say the words the ‘right’ way but sometimes he would say them a ‘silly’ way. Tom, using a ‘thumbs up’ or ‘thumbs down’ action had to let Sam know how he was doing. It was important for Tom to be the teacher because Tom needs to understand the correct way to say a word so he can send the right instructions to his mouth to produce the word.

Finally, we finished by making some ‘silly faces’ in the mirror using some chocolate and strawberry sauces. We all (mum included!) put sauces in different places on our faces (tip of our nose, side of our lips, on our chin) and then we each had to try and lick the sauces off with our tongues. This let us look at how quickly and easily we could move our tongue. When we say words and sentences, we need to move our tongue quickly into lots of positions in our mouths to make the speech sounds. We then ended with a game of table football. It was Tom against Mum and I and we each had a straw which we had to use to blow a small chocolate ball into our goal. When we speak, we use the airflow coming from our lungs. Using straws shows how strong our airflow is and if we can control it. Sadly, Tom won the football match 5-3!

Tom and Mum then left with a pack of activities/resources to continue these games at home. Tom’s next session is in a week but he will be having daily therapy from mum as they play one of the games together.

In the Spotlight next week will be Emilia. Emilia is 3 years old and has been referred because she is only using 15 single, spoken words.

Speech Right aims to ‘fill in the gaps’ and enhance speechand language therapy available from the increasingly stretched NHS Service.